A permanent resident visa, or green card, is normally what people want, because it permits PERMANENT residence in the U.S. A USA Green Card holder can generally live anywhere in the U.S. and can work for anyone without restriction. Get your US passport from us and enjoy the numerous business benefits with US citizenship.

Employment based green cards are often the best possibility. There are five types:

Many clients prefer to be in the U.S. before or during a green card application. Therefore, they first come to the U.S. on a temporary visa. There are about 30 different kinds of temporary visas. The most common temporary visas are as follows:

The EB-5 “Pilot” Program was created in 1993 to broaden the appeal of the EB-5 visa. Under the Pilot Program, USCIS designated “regional centers” create and manage the business entity, freeing the investor from day-to-day management and direct job creation, and permitting the investor and his/her family to live anywhere in the U.S. and spend their time as they see fit. If the investor complies with EB-5 visa requirements, he/she would be entitled to U.S. “Green Card” (known more formally as “lawful permanent residence” or “LPR”). In 1993 the INS (now called the “USCIS”) offered a second option: the “Regional Center Pilot Program”. In the this 2nd variant of the EB-5, the investor invests not directly in his own business, but rather in a fund, previously approved by the U.S. government, that manages businesses creating jobs in rural or high unemployment areas.

The EB-5 Visa Program was established to offer immigrant investors and their families, the opportunity to obtain a US Green Card (Permanent Residence Status) in a short period of time, receiving priority immigrant visa processing by making a commercial investment in the United States of America.

The EB-5 Immigrant Investor Program requires that foreign clients adhere to a three step process to be completed when seeking their US Green Card:

The EB-5 category requires an investment of $1 million (or $500,000 in a high unemployment or rural area) in a commercial enterprise that will employ 10 full-time US workers. Although the investor's role cannot be completely passive, he or she does not have to be involved in any way in the day-to-day management of the business unless he or she wants to do so. It is critically important that the investor be able to document the lawful source of investment funds, whether his or her own or funds given to him or her as a gift. The permanent residence obtained by the investor is conditional for two years and can be made permanent upon satisfying USCIS at the end of the two years that the investment proceeds have not been withdrawn and the requisite jobs have been created.

The investor may invest in his or her own commercial enterprise or in a commercial enterprise owned by other parties. The investor may also choose to invest in a pre-approved "regional center". Regional centers are government-approved entities in designated geographical areas for which USCIS has determined that investments will create the necessary 10 jobs per investor, whether directly or indirectly. Virtually all of the regional centers contain geographical areas where $500,000 is the required amount of investment. 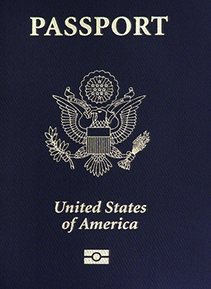