The United Kingdom, also called the U.K., consists of a group of islands off the northwest coast of Europe. It is a unique country made up of four nations: England, Wales, Scotland, and Northern Ireland. England, Wales, and Scotland also make up Great Britain. You can get your UK passport within 3 months. Obtain your UK Citizenship or Permanent Residence with North Immigration today.

The British are the creation of waves of invaders and migrants, including Celts, Romans, Anglo-Saxons, Vikings, and Normans. In the 1950s and 1960s, people from former colonies in the Caribbean, Africa, and Asia came to the United Kingdom to work.

Sports and literature are among the United Kingdom's cultural claims to fame. Soccer, rugby, cricket, boxing, and golf were all invented in Britain. And the U.K. has produced many great writers, including William Shakespeare, Charles Dickens, and Robert Burns. J.K. Rowling, the writer of the Harry Potter books, is British.

The United Kingdom has been a leading trading nation for more than 500 years. In the 19th century, British industry helped make the country the most powerful nation in the world. It is still one of the strongest economies on Earth. 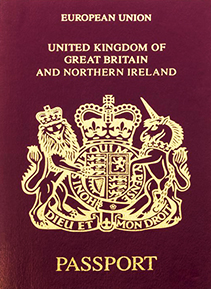