Portugal, one of the oldest countries in Europe, located in the southwest of the Iberian Peninsula between Spain in the north and east, and the Atlantic Ocean in the south and west. The language is Portuguese which is in fact one of the most spoken languages worldwide, English is common used in certain areas of the Country. Get your Portugal passport by purchasing a Portugal real estate and enjoy the best life, this citizenship has to offer.

Portugal has been a Republic since 1911 and its government is a Parliamentary Democracy. A member of the European Union (EU) since 1986, Portugal is a nation in full with a friendly welcoming nature.

Despite being a relatively small country, the Portuguese natural heritage is extremely rich and diverse, it is an attractive tourist destination for visitors across the Globe. Well known for its history, culture, arts and sports, football is a much loved sport across the Country. The population in mainland Portugal is around 10,000,000 people. Lisbon is the capital with nearly one million inhabitants. 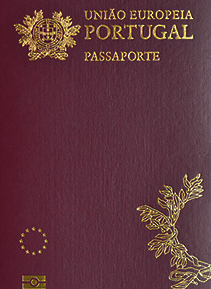