New Zealand is made up of two major land masses (North Island and South Island) and a number of smaller islands including Stewart Island located in the southwestern Pacific Ocean. The two main islands are divided by a 22km stretch of water called the Cook Strait.

New Zealand located approximately 1,500km east of Australia and about 1,000km from the Pacific Islands. Due to its relative remoteness and being water locked, New Zealand was one of the last countries to be found and settled. The climate varies between the North and South Islands and is quite complex.

The country is made up of some of the world’s most spectacular landscapes, from vast mountain ranges, steaming volcanoes to sweeping coastlines. It is a natural playground for thrill seekers and adventurers and those who simply want to visit for the culture and landscapes.

New Zealand is a constitutional monarchy under England and while the Queen is the head of state, New Zealand effectively governs itself through its parliamentary system with a Prime Minister. The two main political parties are the National Party and the Labor Party. New Zealand was the first country in the world to give women the vote in 1893. 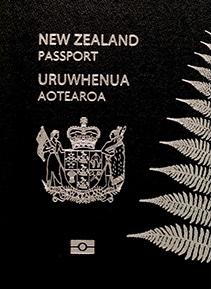